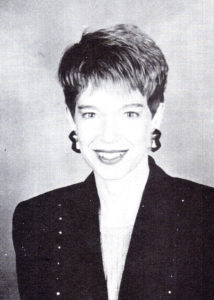 From writing assistant in the Sports Information Office at Memphis State University to president of Coletta Brewer & Company, Inc., Carol Coletta has successfully made a journey through the business world that many envy. Along the way, she used her contacts and position to benefit the community — especially downtown redevelopment, tourism, and the arts.

After experience in entry-level corporate and government positions, Carol went to work in 1975 as marketing director for the Mid-America Mall project. She conceived and produced public events to bring people back downtown, including Octoberfest, the Memphis Heritage Festival and celebrations in Tom Lee Park. At the same time she was co-developer of the Timpani condominiums, downtown’s first residential renovation project, and owned and operated Magazine, the first new boutique downtown.

Starting as a public relations staff person at First Tennessee Bank in 1977, she rose in less than eight years to senior vice president for marketing and public affairs. Carol initiated the bank’s First Bravo Award, which provided $300,000 in grants to local artists; founded the First Tennessee Heritage Collection, a traveling exhibit of Tennessee art, and she organized and coordinated hundreds of citizen participants in the 1980 and 1981 Memphis Jobs Conference programs that won a $20 million capital grant from the State of Tennessee. She also was instrumental in the establishment of the public-private “superfund” which targeted promotion of tourism and the Uniport to boost Memphis’ growth.

All the while, Carol Coletta’s energetic leadership and dedication to both her career and her community built a model of initiative that inspires us all.

Carol, principal of Coletta & Co., is coordinator of The Community Compact, appointed by Mayor W.W. Herenton and Mayor Bill Morris to plan for the 21st Century.