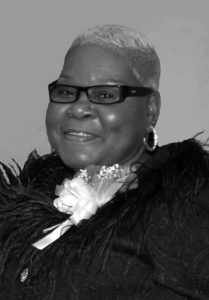 Sheila White had a job few women have ever held. She worked for the railroad, the Burlington Northern & Santa Fe Railway Co. to be exact. In fact, she was the only forklift driver and the only woman in the railroad company’s track maintenance operation at the Tennessee Yard in Memphis when she was hired in 1997.

After she complained about being subjected to what she considered sexual
harassment, the railway investigated and gave a male employee a 10-day
suspension without pay and required him to take sensitivity training. But then a supervisor gave Sheila’s forklift job to a man, saying that other workers had
complained that employees with higher seniority were passed over for the job.

Sheila was transferred to track laborer work — pulling spikes from rail ties, laying track — heavy work. She filed a complaint with the U.S. Equal Employment Opportunity Commission, alleging that the company had retaliated against her. After her new supervisor learned of her EEOC charge, he and Sheila had a disagreement with resulted in his reporting her as insubordinate. She was suspended without pay, then filed a grievance which resulted in a finding that she was not in fact insubordinate. The railroad reinstated her with full back pay for the days of work she had missed.

But Sheila sued the railroad, beginning a nine-year battle for justice. She alleged that the decision to take her forklift job away and her suspension without pay were retaliation of her sex discrimination complaint, in violation of Title VII of the federal Civil Rights Act of 1964. That law protects employees from discrimination based on race, sex, religion, color or national origin.

At a five-day trial in 2000, a jury found that Sheila did not prove sex discrimination but had been retaliated against. It awarded her $43,500 in compensatory damages and $54,285 in attorney fees. Both sides appealed.
In the U.S. Sixth Circuit Court, Judge Julia Gibbons requested that the entire bench hear Sheila’s case and later wrote for the majority that the change in job duties from forklift operator to track maintenance was an “adverse employment action” in part because it was “dirtier” and less prestigious, even though it paid the same.

“Taking away an employee’s paycheck for over a month is not trivial, and if
motivated by discriminatory intent, it violates” the law, Judge Gibbons wrote. BNSF appealed to the U.S. Supreme Court, where the debate was over what kinds of actions by management could be defined as retaliation following an employee complaint. The high court ruling in late 2006 held that retaliation in violation of Title VII includes conduct that might dissuade a reasonable employee from making or supporting a charge of discrimination.

Sheila’s case expanded the scope of what constitutes “unlawful retaliation.” That can now be based upon conduct causing harm outside the workplace, such as a scheduling change that might seem immaterial to many employees but that would, for example, “matter enormously to a young other with school-aged children.”

Today employers must scrutinize every management decision that affects an
employee who complains of discrimination. Federal law to protect workers has been changed and workers today and into the future will be better protected thanks to the heroic battle of Sheila White Vs. Burlington Northern & Santa Fe.

Sheila White Parrish travels and shares her story in workshops and among women’s groups.