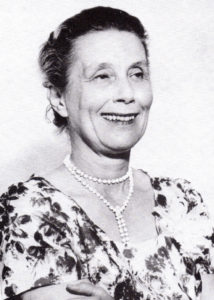 While others of her generation busied themselves with lady-like traditions of the South to which they were born, Frances Edgar Coe stepped into the public arena in the 1940s as president of the Planned Parenthood Association and vice president of the League of Women Voters. In 1948 she moved into elective politics and worked in Estes Kefauver’s campaign for the U.S. Senate.

In 1955 this Vassar graduate and former teacher was one of 16 candidates in the first election for the Memphis City School Board after political control of it ended. She won a seat and found her lifelong niche.

She served on the Memphis Board of Education for 24 years.

Through segregation, dismantling of a dual school system, integration, the draining of support into a private segregated system and the beginning of a resurgence of support for the public system, she always fought not only for equal education but for superior education for all children. She was president in 1972 when the board reorganized from five to nine members and instituted court-ordered busing.

We honor Frances for her refusal to be shaken from her vision of fairness, for the stubbornness that sustained her through the years of meetings and long arguments when the notion of a fine education could have been lost in the divisive atmosphere of prejudice and discrimination.

For her heroic efforts to cause change toward a better future for our children, we salute Frances Coe.