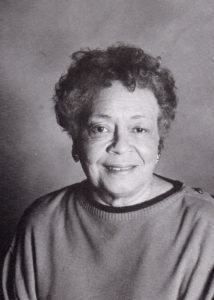 Memphian Maxine Smith first challenged racial bigotry when she was eight years old and kept asking for “Mister” Joseph Atkins when visiting her father at the Veterans Administration hospital, despite the clerk’s rebuke, “We don’t refer to niggers as Mister.”

Since 1957 when she was denied admission to Memphis State University graduate school despite her Master’s degree from Middlebury College in Vermont, Maxine Smith has been, in the words of former Memphis Police Director Buddy Chapman, “the conscience we should have had.”

One of the first female members of the Memphis NAACP board, Maxine was appointed executive secretary in 1962. She coordinated boycotts, which forced downtown merchants to desegregate, and sit-ins that opened public facilities — libraries, restrooms, parks, drinking fountains — to African Americans.

The instigator of “Black Mondays” in 1969 when 67,000 black students stayed home from school, Maxine has been referred to as the most powerful woman in Memphis. Along the way, she has been jailed, threatened, maligned, despised. She often has cried herself to sleep and her health has suffered from the demands of the life work she chose.

Admittedly strong-willed and stubborn, Maxine Smith says she will not stop until there is perfect racial equality. “I believe in what I am doing,” this courageous woman says.

Maxine Smith served as the Executive Secretary of the NAACP Branch of Memphis, held a position on the Memphis Board of Education, was elected president of the Memphis Board of Education in 1991, and continued in those roles until her retirement in 1995. Smith was presented with the Freedom Award by the National Civil Rights Museum in 2003, and Maxine Smith STEAM Academy was named in her honor.