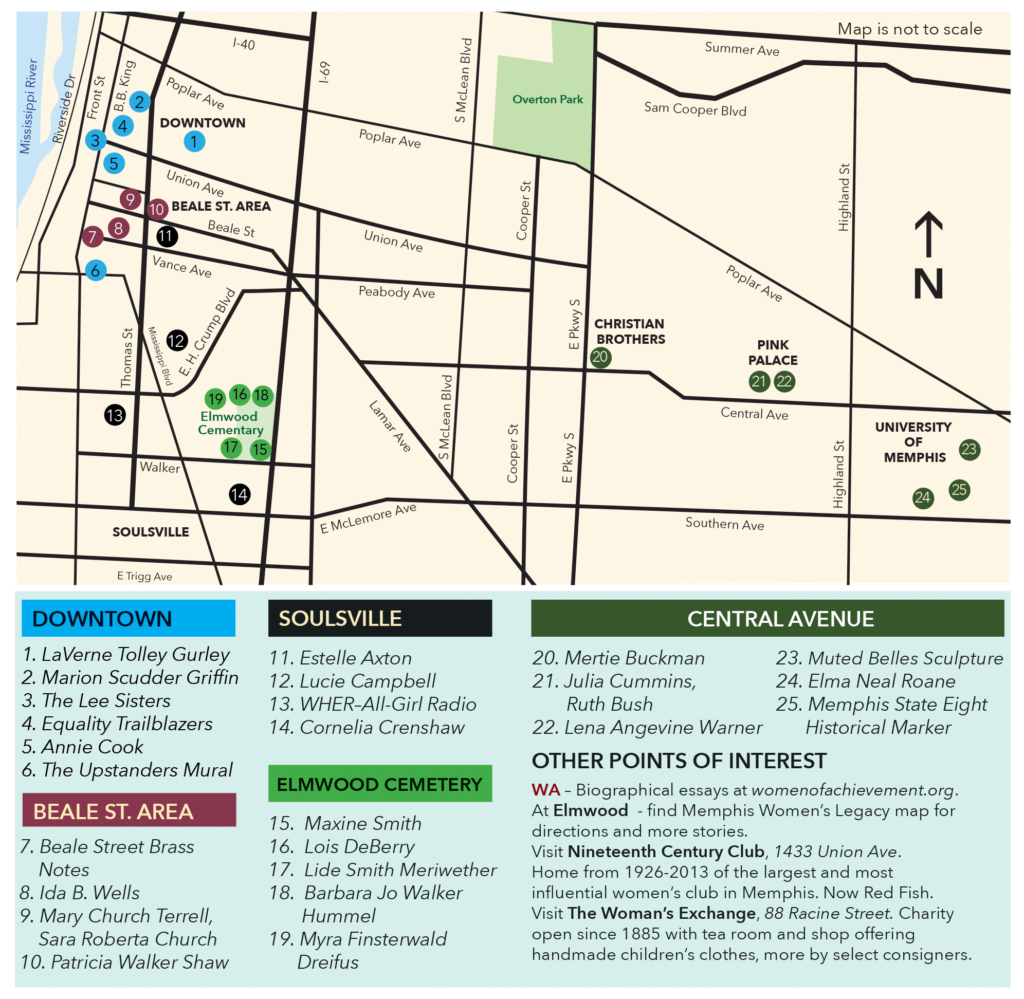 11. Estelle Axton (1918-2004), 926 E. McLemore. Axton joined her brother Jim Stewart in founding a recording studio in a former movie theater and dubbed it STAX Records (taking the first two letters of each last name). Axton  encouraged local R&B artists and STAX fame grew behind artists like Rufus & Carla Thomas, Otis Redding, Isaac Hayes and the Staple Singers. Today it is the site of the STAX Museum of American Soul Music.

12. Lucie Campbell (1885-1963), 715 S Lauderdale. Born to former slaves in Mississippi, she moved to Memphis in her teens and became a teacher at Booker T. Washington High. Active in local and national teacher organizations, Campbell also was a founding member of the National Baptist Convention, USA, served as their music director and, though a self-taught musician, composed more than 80 hymns.

13. WHER–All-Girl Radio (1430 AM), 972 S. Third, former Holiday Inn. WHER began broadcasting from downtown Memphis in 1955, the first in the nation to be staffed almost entirely by women, including newscaster Marion Keisker, the first voice heard. Memphis music producer Sam Phillips (Sun Studio) was one of the two financiers of WHER. The disc jockeys called themselves “jockettes”, the studio was known as the “dolls den” and the control rooms were the “playrooms.” Women solicited ads, wrote copy, ran the production studio, and conducted on-air interviews. Eleven years later, WHER signed off the air.

14. Cornelia Crenshaw (1916 –1994) Cornelia Crenshaw Library, 536 Vance. She is remembered for her unflagging support of the Sanitation Workers’ Strike in 1968. She organized grocery distributions to the strikers’ families and participated on the picket lines and in the marches. She is said to have suggested the phrase “I Am a Man” which became the strikers’ slogan.