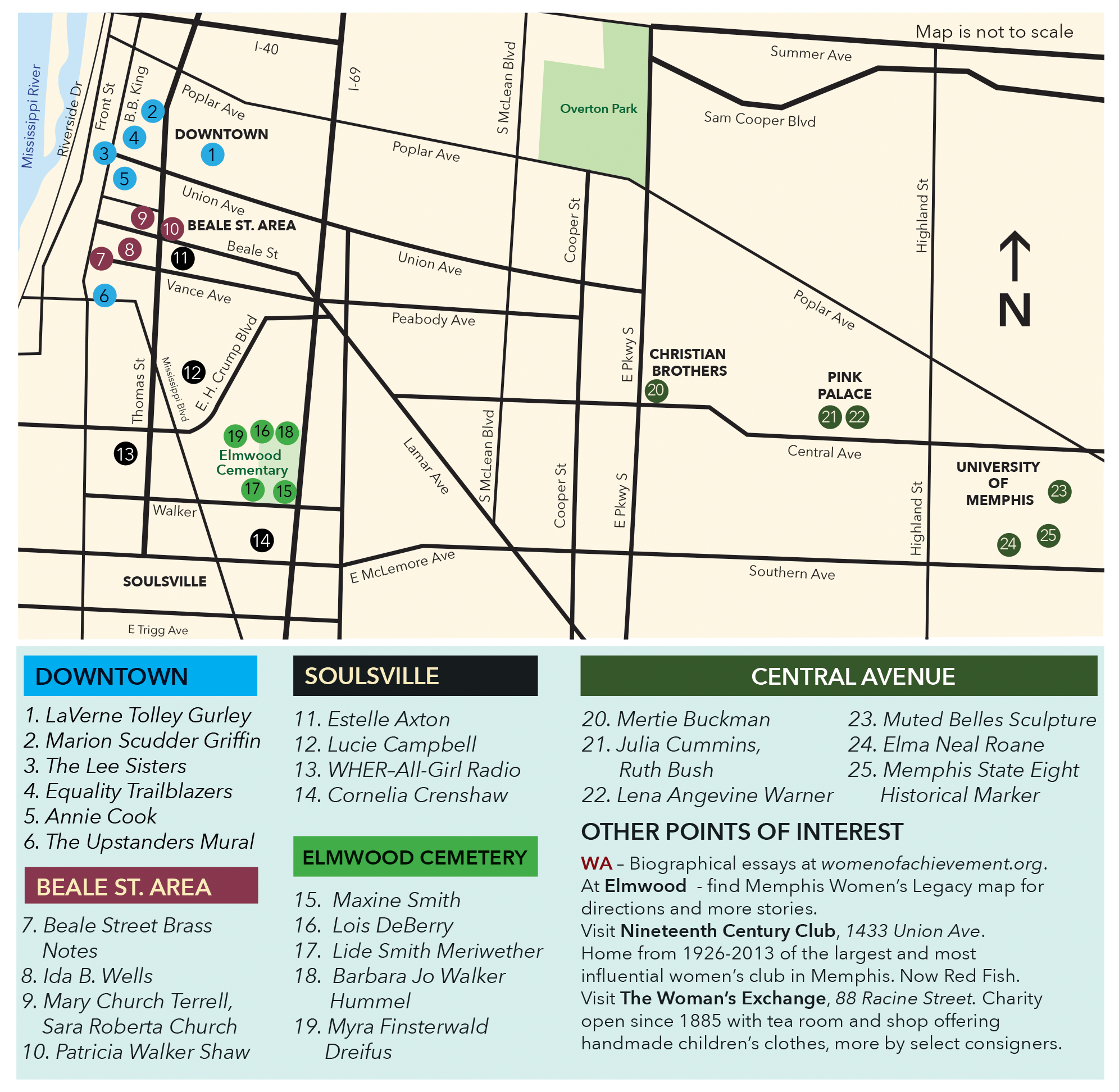 15. Maxine Smith – (1929-2013) A Civil Rights activist, Smith headed the Memphis office of the National Association for the Advancement of Colored People (NAACP), a principal force for desegregation in Memphis. She organized sit-ins, marches, lawsuits, and voter registration drives. She was the first African American elected to the Memphis Board of Education and served two terms as president.

16. Lois DeBerry – (1945-2013) African American woman who served 40 years in the Tennessee House of Representatives, first female and first African American Tennessee Speaker Pro Tempore, position she kept for 22 years. She said of herself, “I’m not afraid to speak out, and I’m going to stand on my principles, even if I have to stand by myself.”

17. Lide Smith Meriwether – (1829-1913) A national orator for suffrage, Meriwether was a major leader and organizer of the Woman’s Suffrage Movement in Memphis and Tennessee in the 19th Century. In 1889 she organized the Memphis Equal Rights Association, the first for suffrage in Tennessee, and became its first president. In 1897 the Tennessee groups formed the first state suffrage organization, the Tennessee Equal Rights Association, and she was elected president.

18. Barbara Jo Walker Hummel – (1926-2000) She was both Miss Memphis and the first Miss America from  Memphis in 1947. She was a radio and TV personality in Memphis in the 1950’s and became president of the Beethoven Club, which supports classical music in Memphis.